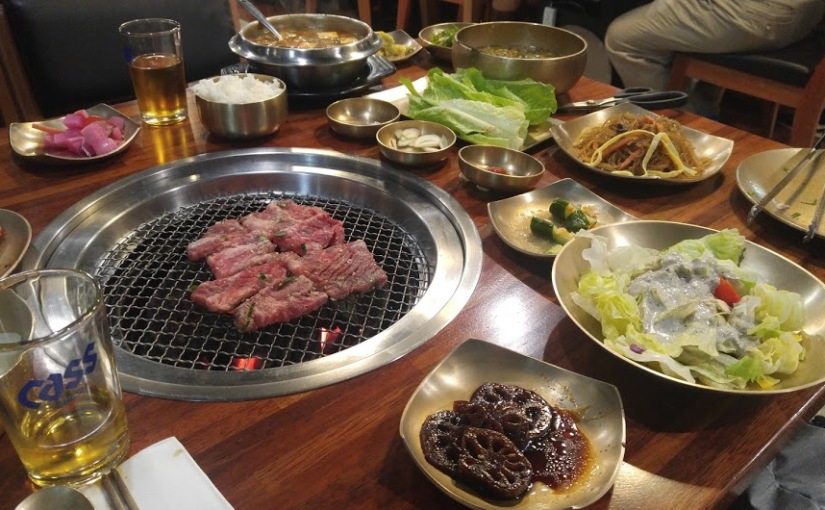 I had a picky eater friend in university who stands out from all the rest. Whereas most picky eaters would perhaps have a list of ten or twenty acceptable foods, he had maybe five. These were limited to: steak/beef, chicken fingers, pasta, tomato sauce, and pizza. (Okay, I’m exaggerating, but not by much). As a foodie this habit drove me insane and naturally led to many discussions about the merits of trying new food.

If you’re a picky eater, I strongly urge you to ditch your habits. First and foremost, it helps fill my ego when someone ends up loving a food I recommended to them. But as much as filling my ego is awesome, it also gives you the ability to open your mind.

Now, you’re probably wondering, how the hell eating some sushi might open your mind. I’m not talking about an unprecedented blast of flavour changing your world. I’m also not talking about telling a potential employer how worldly you are because you went to a poke place once. Eating new foods helps you open your mind by exposing you to new cultures and unique values.

For example, let’s say you’re like my friend and only eat typical broke university student foods for 98% of your meals. After 300 invites to go to Korean BBQ you finally break and accept, promising yourself and others that you’ll eat more than just the beef.

You arrive a tad late after battling food anxiety (I’m told this is a thing) and discover your friends have already ordered. For those of you familiar with Korean BBQ, this means they’ve brought the unlimited sides (kimchi, sweet potato, salads, cold soup, lettuce, onions, sauces, lotus root, glass noodles, and more).

Kimchi is thrust upon you and you take your first bite. Then another side and another. Eventually, you find one that you love or at the very least tolerate. As the meal goes on your friends tell you about the different types of foods in painstaking detail as that’s the only way you’re willing to try them. By the end of the meal you’ve learned a bunch about typical Korean foods that everyone loves and your culinary palate is slightly larger.

As you begin to explore more cuisines your curiosity grows and you question why Asian food has so much rice (history lesson about Asia), why vegans are obsessed with eating local (farm to fork movement), why Indian food is so spicy (valued cooling effects of hot food), and more. Even if you don’t turn into a full blown foodie like what happened to me, you’ll more than likely end up learning a lot of new things. As an added bonus, you’re likely to get invited to more hangouts and making friends with people from other cultures will become easier. And perhaps greatest of all, travel will become less scary and more enticing.

In case education, new friendship opportunities, and travel aren’t enough to convince you, take this word of advice from the once super-picky-eater friend of mine:

As a foodie, blogger, and fellow human being, I sincerely hope you’ll think twice before your next meal of chicken fingers and push yourself to try something new. And remember, if at first you don’t succeed, try, try, try again.

I think of myself as a very adventurous eater. I have a strong desire to expand my palate as much as possible. Every time the opportunity arises, I try something new.

If you had met me when I was young, you would never have expected me to one day be an aspiring food journalist.

When I was a kid, we used to go to Florida almost every winter break and visit my grandmother (who to this day spends about half the year there to escape the cold). Each day would be filled with family time, hanging out with my brother and our friends by the condo’s pool area and last but certainly not least, meals.

(Much can be said about what went into planning those meals and how that affected my beginnings as a foodie, but that is a story for another time).

Each night we would go to one of several restaurants in a plaza a short drive from the condo, often accompanied by family friends. From what I recall, restaurants were typically some slight variant of American food; but that didn’t matter, because all I ever remember getting at any restaurant was chicken fingers or pasta. To make matters worse, I would never finish my meal, often resulting in being awarded with a comment about bringing me to dinner being a waste of money (food-wise, it probably was).

I’m well aware this isn’t uncommon for kids at a young age. With limited kids’ menus, young ones are forced into a diet consisting of simple and uninteresting dishes aimed at keeping them satisfied while their parents enjoy more expensive and higher quality food.

Alas, I continued this habit, with limited variance, until I was about 13- or 14-years-old, when I began to be willing to try more dishes, mainly seafood.

This is probably a good time to rewind a bit.

When I said all I ate was pasta and chicken fingers, that was mostly true. In Florida, that’s all I remember eating. But back home in Toronto, and especially on a ski trip to Banff when I was young (alongside other small trips here and there with family), my palate had a weird twist.

From a very early age, I have always loved seafood, especially sushi.

Offer raw fish to kid-me, and I’ll eat everything you put on my plate.

By the time I was 13- or 14-years-old, I was eating oysters, mussels, lobster, sashimi, calamari (including the pieces that aren’t ring-shaped), and of course still my usual chicken fingers and pasta.

No steak, no chicken (unless it was in soup, nugget or finger form), only pasta with tomato sauce (or some basic creamy sauce), only plain cheese or pepperoni pizza and other simplicities were all I ate within the realm of North American cuisine.

Aside from the chicken, I was basically a pescetarian. It didn’t help that my brother believed in two food groups: steak and non-steak. As you might imagine, this made it hell for my mom to figure out what to feed us (that is until she realized she could simply serve my brother the main part of the dish and me all the sides).

When I was 17, I went on a trip with my parents to Paris for a week. Meals we had as a family were typically seafood-filled. However, we also had family friends who happened to be in Paris at the same time.

Until this point I had been completely unwilling to go anywhere near steak (unless it was cooked well done by my late grandfather). When we got to the tiny place our family friends found, I was met with a prix-fix menu consisting of options including who-knows-what and steak frites; steak frites was my only familiar option, so I gave it a try.

Several meals later I was opened up to various meats and other dishes I had previously been so unwilling to try. Any personal restrictions to my diet had been completely removed (or would be within a few years).

As a once picky-ish eater, I now find myself making up for lost time by trying everything (that I’m certain won’t kill me). I’ve left my roots far behind and now venture onward to experience and write about the foods of the world.